Darren George attended the Economics for Leaders program at the University of Washington in Seattle in 2012. Today he works as a political strategist and entrepreneur in Washington, DC where he founded the consulting firm GCK Consulting. Darren has led the financial operations for dozens of local, state, and federal campaigns and independent expenditures across the country. Darren attributes much of his leadership success to the lessons he learned from his time at the Economics for Leaders program! 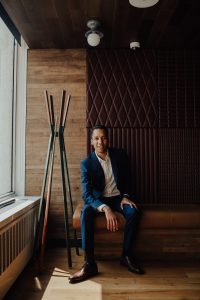 His favorite parts of attending the program include the “world class instruction of economic topics” and the “life skills” and “lifelong bonds” that he made. Though he did not go on to major in economics, what he learned has still had a large impact on his life and helped give perspectives on various economic issues.

Finally, Darren remembers the impact of the friendships he developed while at camp, “the exposure I had to other like-minded, ambitious students from across the country, especially at such a critical time – right before applying to colleges and trying to determine my career and education path.”

We still have some limited spots left for our Economics for Leaders program this summer! Check out our sites and dates page for more info.

On Wednesday, May 27 at 3:00 PM PT/ 6:00 PM ET, FTE will present a webinar titled This Is Your Brain On Numbers: Data, Statistics and COVID-19. Executive Director Ted Tucker, will be joined by economist Dr. Russell Roberts, host of EconTalk, co-creator of the…