In 2017, Ian Kimbell travelled from his town in New Albany, Indiana to attend our Economics for Leaders summer seminar at Yale University. Two years later, and Ian is now preparing for a move back east to start his freshman year of college at Harvard University. Ian says that attending the Yale program in 2017 helped him realize that attending a top college was an option for his future.

“Where I come from, people barely ever attend college outside of Indiana or Kentucky, let alone the highest ranked institutions in the country. So, although I had always thought about going to a school that would be considered the cream of the crop, I never really had any concrete experience with that world. When I went to EFL, I was able to get that experience firsthand by living on Yale’s campus and by spending a week with some of the brightest students I had ever met. When I was surrounded by these people who had ambitions as high as mine, and was able to learn from them, suddenly those lofty dreams seemed much more attainable than before.” 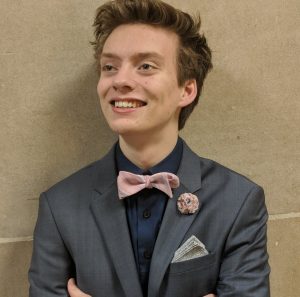 One of Ian’s favorite parts of the Economics for Leaders program were the economics lectures. Through these lectures Ian was able to learn the real world benefits of knowing economics.

“The economics instructor, Malhaz Jibladze, taught in a way that was not only entertaining, but truly showed economics for what it is– not a series of graphs and vocabulary terms, but a way of studying decision-making in order to ultimately improve upon our lives and society.”

Outside of school Ian is very involved in extracurricular activities including band and art and has spent time in New Mexico studying astrophysics. He is looking forward to Harvard in the fall and exploring all his options once her gets there.

Best of luck to Ian on his freshman year and all our other alumni heading off to school!

This year, FTE is welcoming thirty-seven student ambassadors who are committed to sharing the economic way of thinking. FTE Ambassadors are student leaders who loved the Economics for Leaders program and are compelled to inspire their peers to participate in…

On Wednesday, May 27 at 3:00 PM PT/ 6:00 PM ET, FTE will present a webinar titled This Is Your Brain On Numbers: Data, Statistics and COVID-19. Executive Director Ted Tucker, will be joined by economist Dr. Russell Roberts, host of EconTalk, co-creator of the…
See more news »