This summer we will be hosting our Economics for Leaders program at one of the highest ranked private research universities in the US, Case Western Reserve. This 267 acre campus is located in Cleveland Ohio, in the University City

Seventeen Nobel Laureates have been affiliated with Case Western Reserve or one of its two predecessors. Famously, Albert Michelson the first American to win and his classmate Edward Morle who determined the atomic weight of oxygen! In addition, the 2017 winner in the Nobel Prize of Economic Sciences, Richard Thaler. 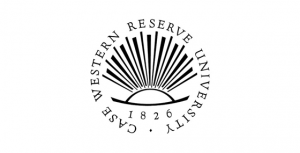 Want to learn more about our program in Cleveland this summer? Visit our sites and dates page for deadlines and costs.

On Wednesday, May 27 at 3:00 PM PT/ 6:00 PM ET, FTE will present a webinar titled This Is Your Brain On Numbers: Data, Statistics and COVID-19. Executive Director Ted Tucker, will be joined by economist Dr. Russell Roberts, host of EconTalk, co-creator of the…