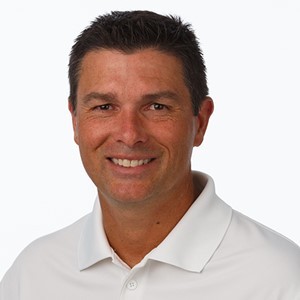 JEFF McMARTIN – is employed during the academic year as the head football coach at Central College in Pella, Iowa.  He also serves as an instructor in the Exercise Science Department. Jeff has also taught and coached football and track at DePauw University in Greencastle, Indiana; Beloit College in Beloit, Wisconsin; the University of Rochester in Rochester, New York; and Illinois Wesleyan University in Bloomington, Illinois. In 1992, Jeff earned his Masters Degree in Liberal Studies – Sports Sociology from Wake Forest University in Winston Salem, North Carolina. He received his Bachelor of Arts Degree in 1990 from Central College in Pella, Iowa. This will be his 11 year serving as an SA. Jeff enjoys reading, music, and spending time with his two daughters.