Professor of Economics, University of Arizona 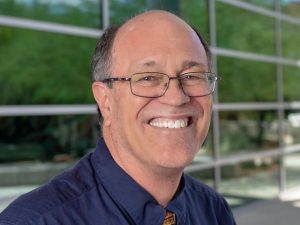 Price Fishback is the Thomas R. Brown Professor of Economics at the University of Arizona and a Research Associate with the National Bureau of Economic Research.  His books include: Well Worth Saving: How the New Deal Safeguarded Homeownership (2013); Government and the American Economy: A New History (2007); A Prelude to the Welfare State: The Origins of Workers’ Compensation (2000); and Soft Coal, Hard Choices: The Economic Welfare of Bituminous Coal Miners, 1890-1930 (1992).  Price is the current President-Elect of the Economic History Association (EHA), was the Executive Director of the EHA from 2012 to 2017, and served as co-editor of The Journal of Economic History from 2008 to 2012.  He received the Cole Prize for best article in the Journal of Economic History in 1998 and again in 2015.  He was awarded the Jonathan R.T. Hughes Prize for Excellence in Teaching Economic History in 2015.  Price is a Fellow of the Cliometrics Society and was one of the organizers of the Cliometrics Conference between 1996 and 2008.  He graduated from Butler University in 1977 and received his M.A. and Ph.D. in Economics from the University of Washington and then taught at the University of Georgia and University of Texas in the 1980s.  Price has won numerous teaching awards at the University of Arizona.  He has supervised over 30 Ph.D. dissertations and served on committees for more than 50 other Ph.D. students.  He has supervised over 40 undergraduate honors theses and employed over 50 undergraduate research assistants.