Bidenomics: The President’s Plan for the Economy 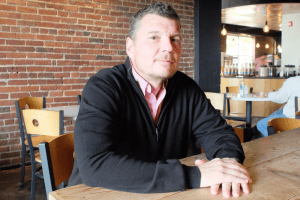 We have often heard the term Bidenomics to describe President Biden’s economic plans for the United States’ economy. His campaign promises included raising taxes on the wealthy, corporations and estates, expanding tax credits for lower income earners, and exempting individual taxpayers making less than $400,000 from tax increases. This is a distinct change from his predecessor, whose administration emphasized cutting taxes and deregulation. In addition, President Biden has moved forward with a stimulus package designed to help stabilize a struggling economy caused by the COVID-19 pandemic.

Join us for a webinar with Professor Scott Baier, Chair of the Economic Department at Clemson University and former Senior Economist on the Council of Economic Advisers in President George Bush’s administration. Dr. Baier will provide insight into the state of American economy and the possible impact of President Biden’s economic policies.

Following a 45 minute presentation, Dr. Baier will take Q&A from the audience. The webinar is scheduled to last 60 minutes.