Professor of Economics, University of Maryland 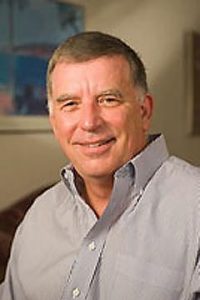 JOHN WALLIS is Professor of Economics at the University of Maryland and a Research Associate at the National Bureau of Economic Research.  He is an economic historian and institutional economist whose research focuses on the dynamic interaction of political and economic institutions over time.  As an American economic historian, he collected large data sets on government finances and on state constitutions, and studied how political and economic forces changed American institutions in the 1830s and 1930s.  In the last decade his research has expanded to cover a longer period, wider geography, and more general questions of how societies use institutions of economics and politics to solve the problem of controlling violence and, in some situations, sustaining economic growth.  He recently published Violence and Social Orders: A Conceptual Framework for Interpreting Recorded Human History with Douglass North and Barry Weingast, Cambridge University Press, 2009 and In the Shadow of Violence: Politics, Economics, and the Problem of Development, edited with Douglass North, Steven Webb, and Barry Weingast, CUP, 2013.  He is currently working on a new book examining the emergence of impersonal rules, tentatively titled Leviathan Denied: Rules, Organizations, Governments, and Social Dynamics.