#1.  The diagram below illustrates trade among 3 states.  The current account (flow of goods and services merchandise) is indicated by the solid arrows.  Draw in the capital account (flow of money and/or financial assets) using dotted arrows.  (One has been completed for you.) 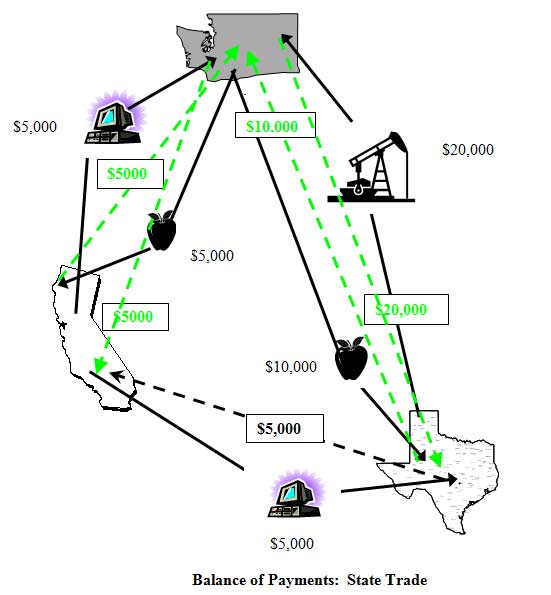 #2.  Complete the Balance of Payments Accounting for each of the 3 states.  Categorize flows of goods or money out of a state as exports. Categorize a flow of goods or money into a state as imports. Record all the transactions depicted in your trade diagram.  (The oil transaction has been entered for you.)  Then, calculate the totals.  (Hint:  Don’t forget the ? and + signs when you subtract imports from exports.) 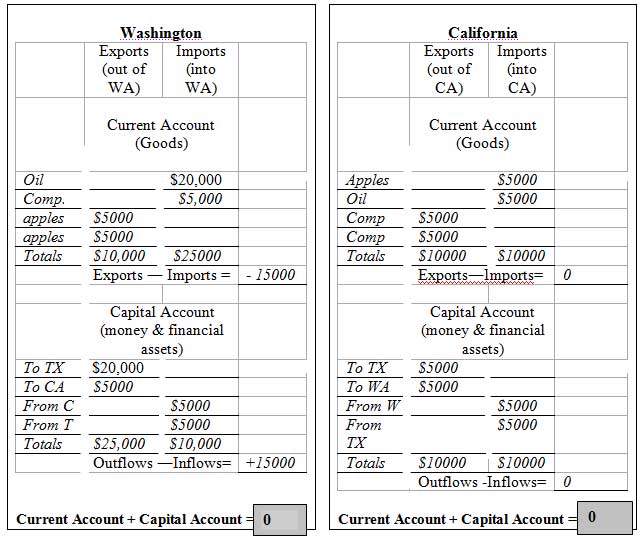 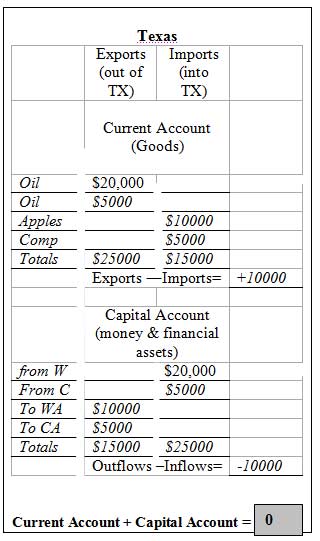 #3 – What do you notice about the sum of the current account total and capital account total for each state?  Do you think this is always the case?  Why?

The sum is 0 because any purchases made are paid for by money going out of the state and sales made bring money into the state.

#6 – Was trade “balanced” between each pair of states? – no.  Can you tell which state came out the best (gained the most) in this example? Explain.

Trade between California and Washington was balanced if we mean that each sent the other the same dollar value of goods. For the other pairs of states, there was an imbalance in terms of merchandise and/or money exchanged. No, it’s not possible to tell which state came out better.  Since the trade was voluntary, we’d have to assume that the traders in all 3 states were happy. 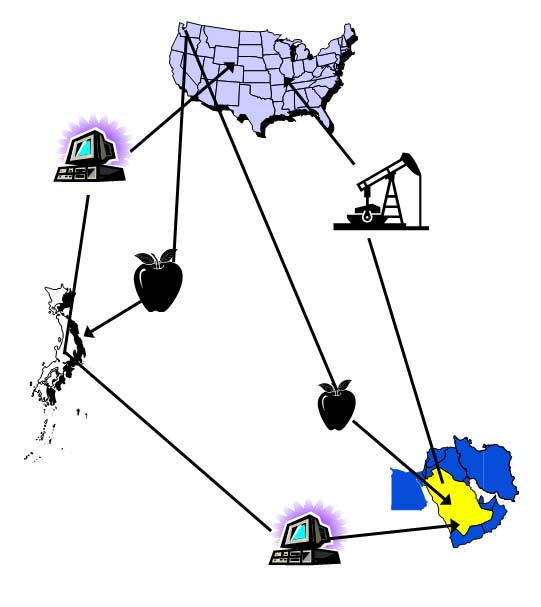